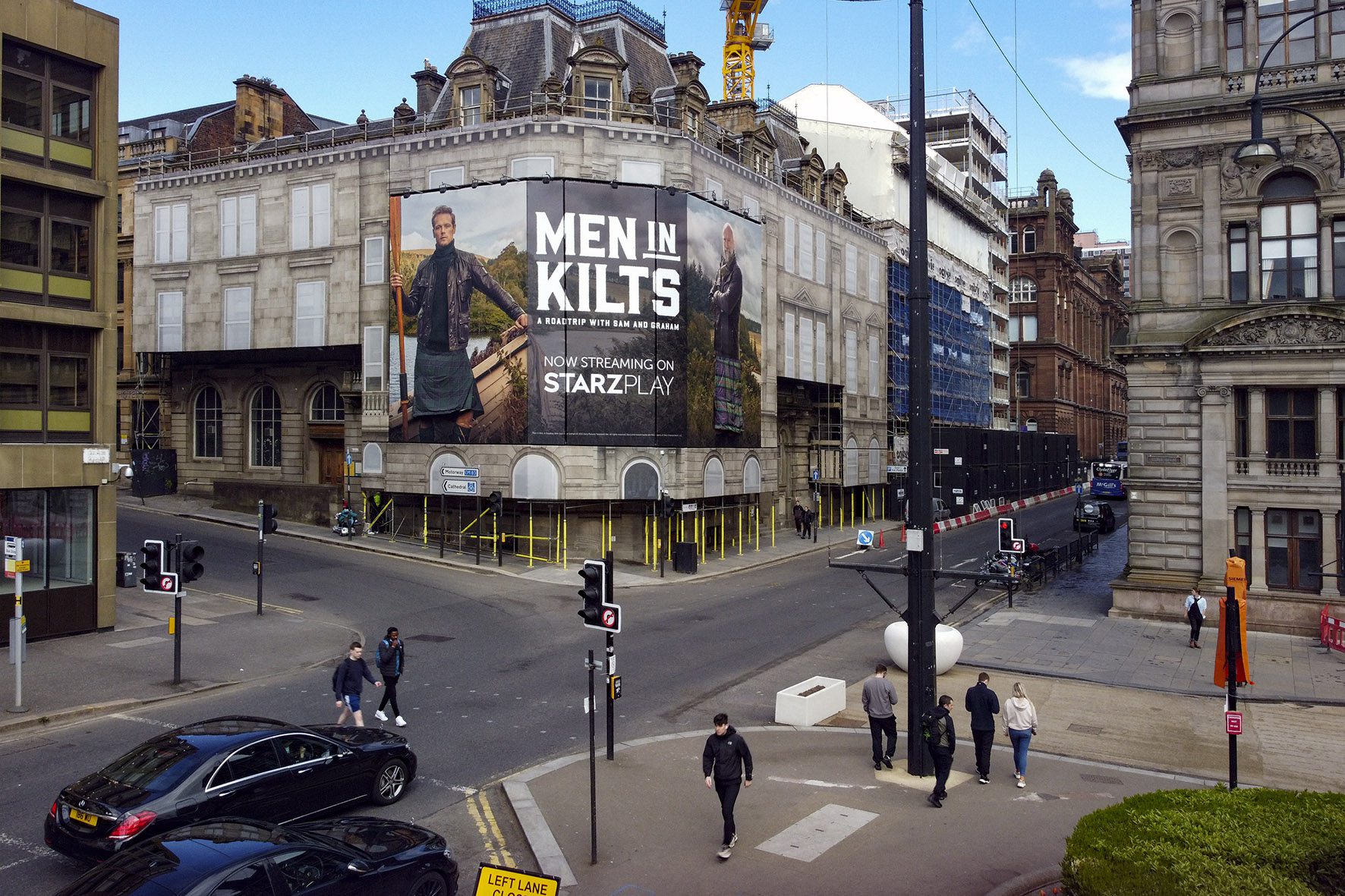 Starzplay go live on George Square for the launch of Men In Kilts! Sam Heughan and Graham McTavish feature on the creative, as they delve into the history and culture of Scotland.

Together with Posterscope and Carat, we created this amazing special build in Glasgow, and Borough Market. The lead stars’ kilts can be seen moving in the wind on our 200m² Glasgow Giant Poster, and on our central London Borough Market site.

Ahead of launching their documentary-style series exploring Scotland, Starzplay really wanted to channel in the Scottish heritage of the actors and the show. Large pieces of material were used to build a 3D kilt for both Sam and Graham, that even moved in the wind. The standout creative aligned perfectly with the theme of their upcoming release. The use of drone footage really captured the presence of the banner in the heart of Glasgow and London.

blowUP media announce that every campaign is now carbon neutral 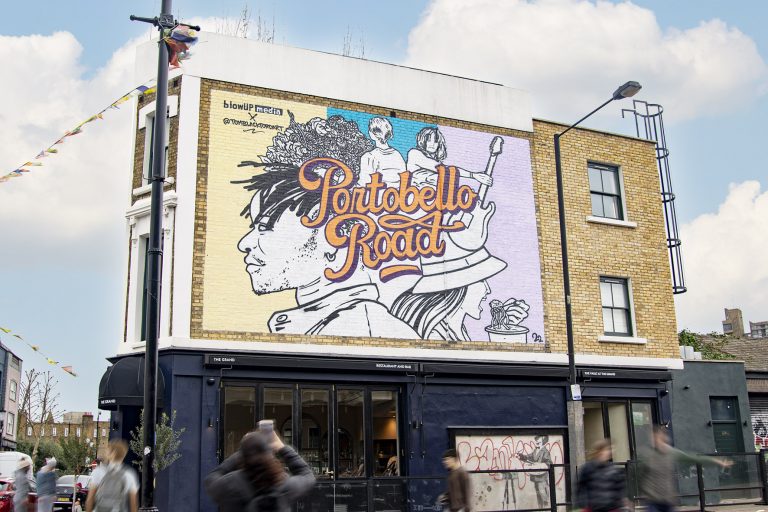 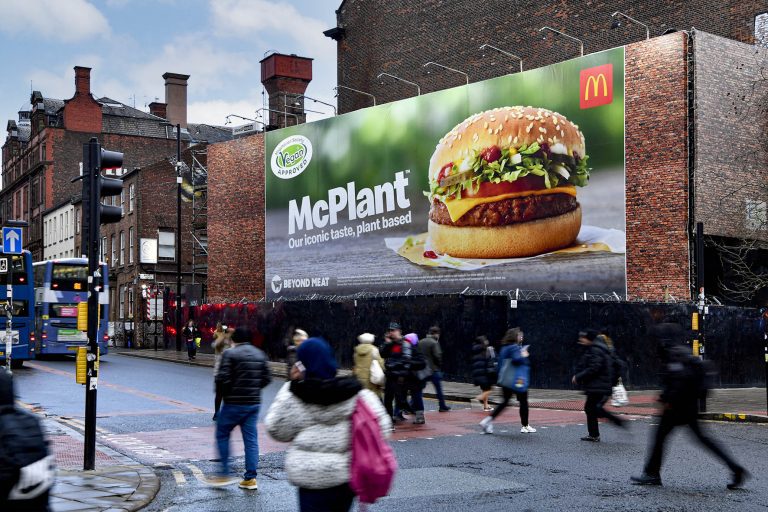 Looking forward to another successful year in 2022