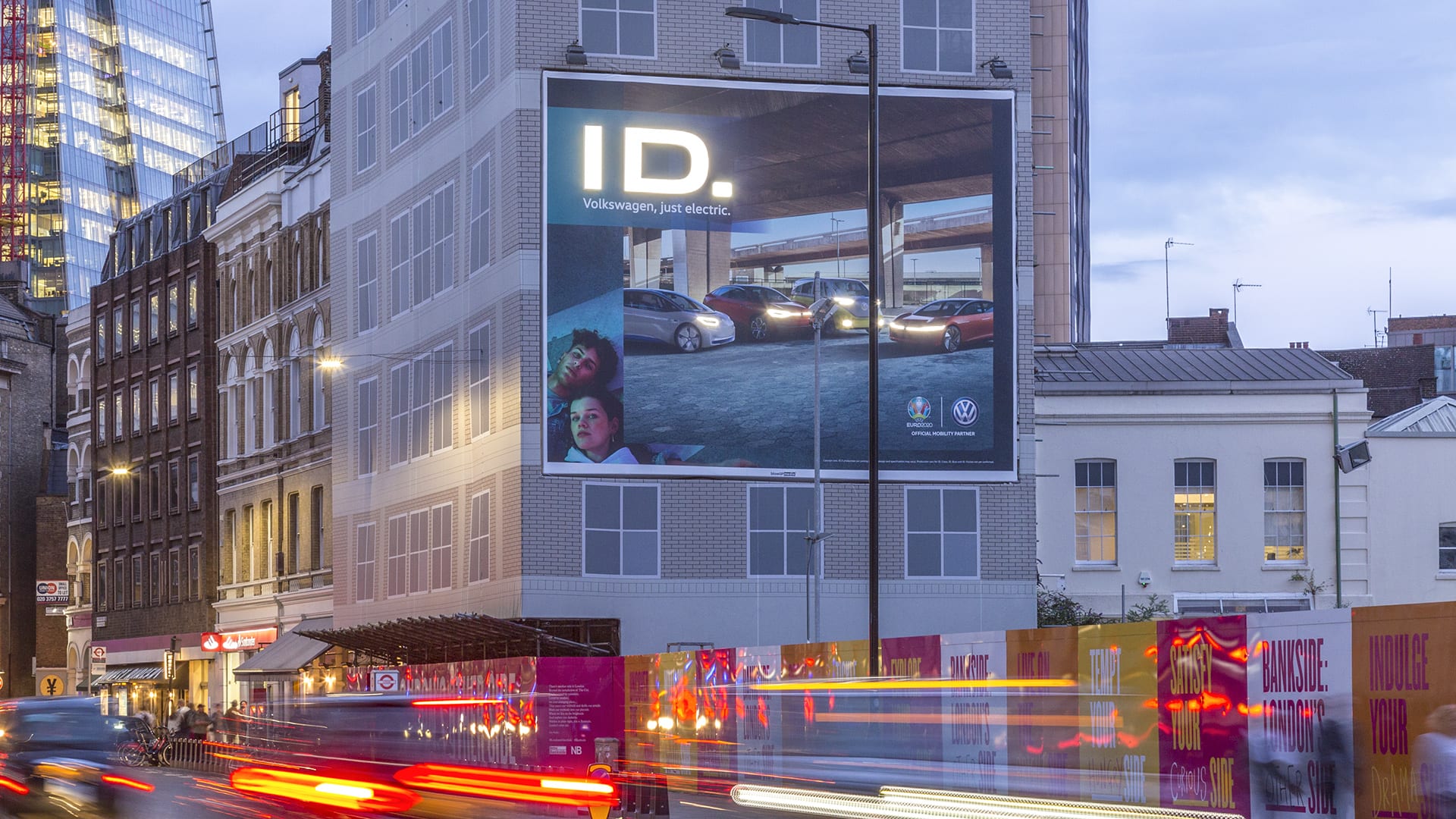 VW are a German founded car manufacturer and were the world’s largest car brand by sales in 2016 and 2017, thus echoing the fact they are amongst the most recognisable brands in the automotive market. In 2019, VW released their first ever electric car, the ID. Their primary aim of their OOH campaign was to encourage people to book a test drive of the new electric car. 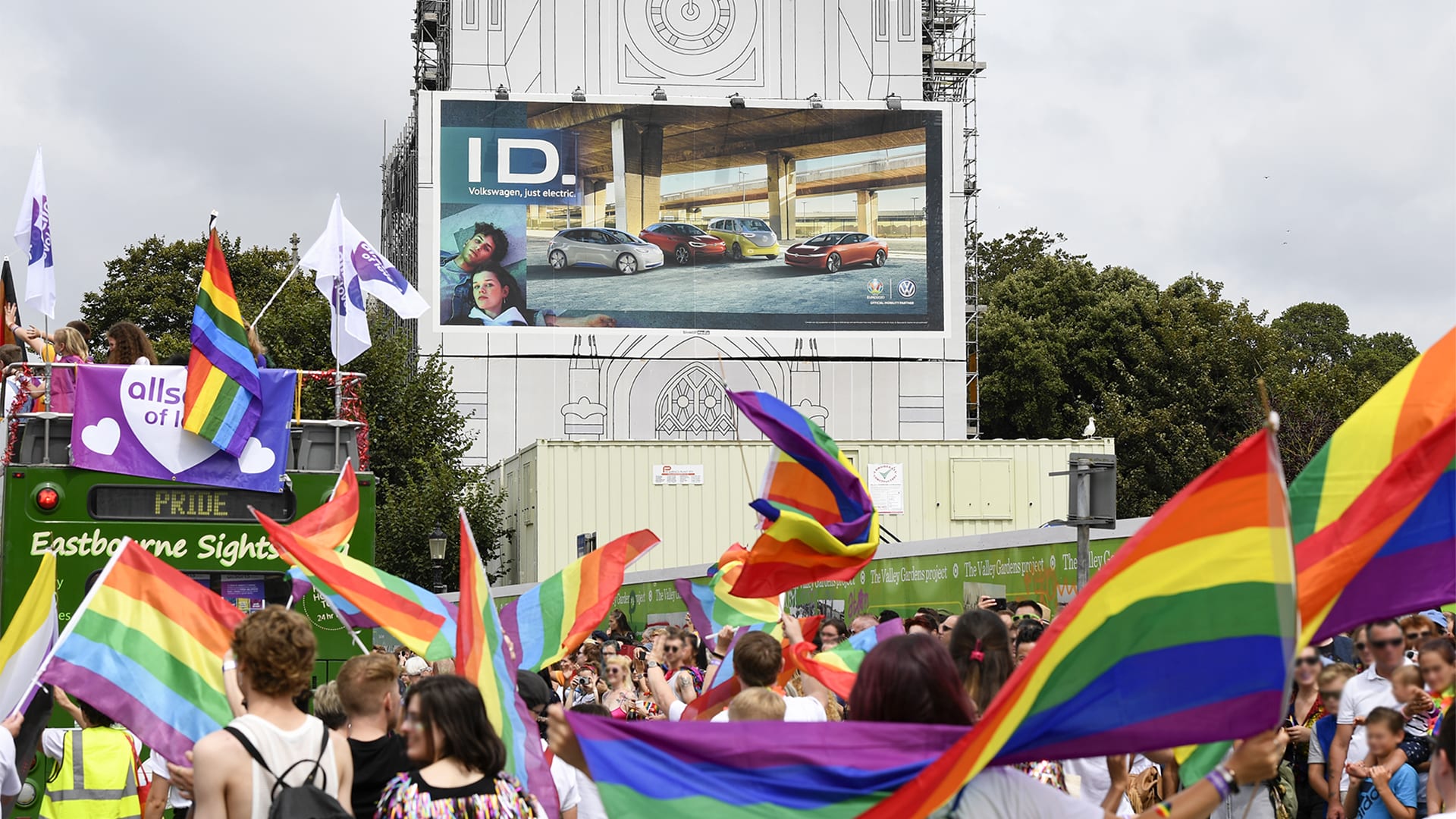 Their out of home activity was the very definition of a national campaign. They booked Giant Poster locations in Piccadilly Gardens, Manchester Central; St Peter’s Church, Brighton; Borough Market, London; Temple Meads, Bristol; and George Square, Glasgow. This gave them superb coverage in key locations in most major UK cities.

As with most automotive advertising, the key component to the creative was the car itself. The image showed four different VW ID. cars alongside each other with the simple strapline of ‘Volkswagen, just electric’. To create an even higher impact, the Borough Market site featured a special build Giant Poster. This was executed by adding a 3D light box to both the ‘ID.’ and also the front headlights of the four cars to reinforce the electric car element. 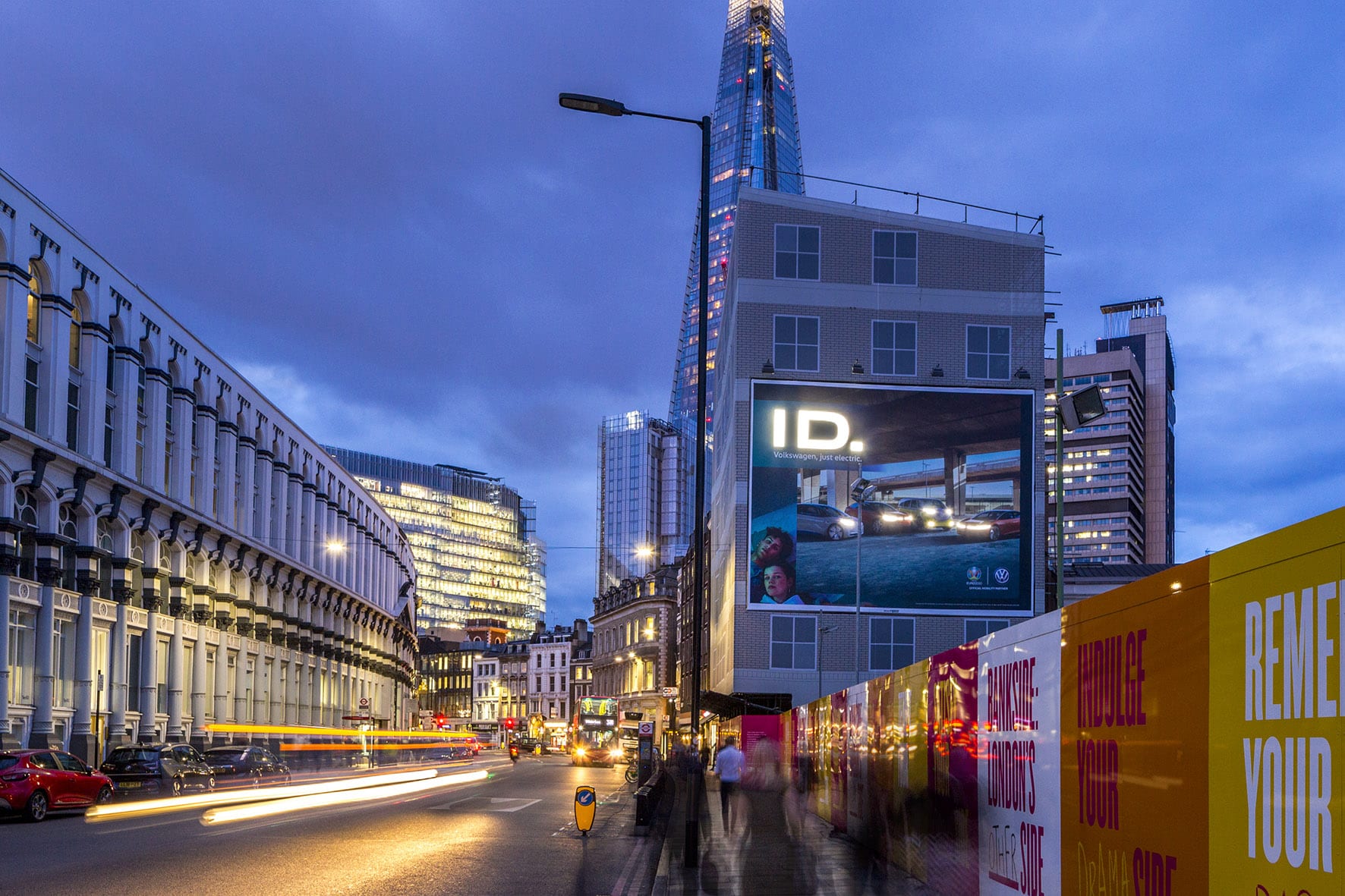 We conducted our very own Giant Poster research, so we were able to see just how effective the VW out of home campaign was. After seeing the OOH campaign, 14% of people were more likely to book a test drive of the new ID. Those that saw one of blowUP media’s Giant Poster locations also had a stronger perception towards the brand, with 14% more people who saw the ad saying they considered Volkswagen to be a leader in their industry. 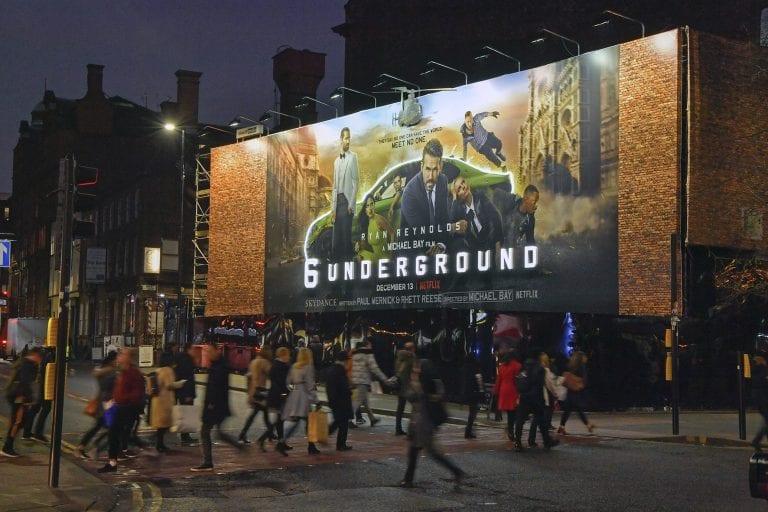 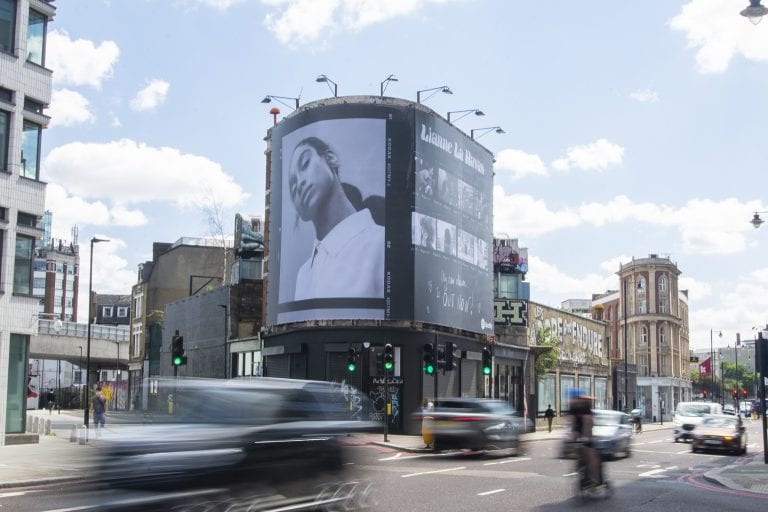 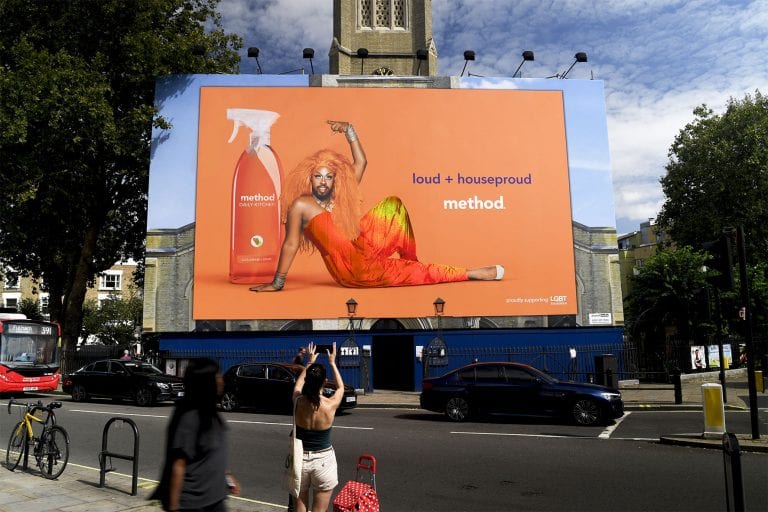